As the Center races past its year-and-a-half birthday, we reflect on the parenting guides that tell us that most 18-month-olds aren’t just walking —they’re running. And not only that: they may be using two-word phrases, loudly.

On October 5, Ted Mermin ’96 was joined by illustrious alums Elizabeth Cabraser ’78 and Gail Hillebrand ’81 for a panel discussion: The Opioid Crisis, Climate Change, and Criminal Justice Reform: New Frontiers in… Consumer Law? As the program put it:

“Modern consumer law has existed for at least a century as an area of professional practice. Yet in the past decade the field’s tools have been notably enhanced and brought to bear on a wide swath of pressing societal challenges. Two distinct efforts – each with Berkeley Law at its center – are under way to further sharpen those tools and reimagine their application. The first is the deployment of well-established principles of consumer law to new areas: public health, climate change, criminal justice reform. The second is the increased attention being paid to consumer law in the academy, a need made obvious by recent crises demonstrating the weaknesses in existing law. This session will explore the contours of the Consumer Law Renaissance.”

Over 60 alums of all stripes joined the panel for a tour of the frontiers of consumer law. Elizabeth and Gail were riveting. And the audience snapped up the Center mugs that were on offer…. 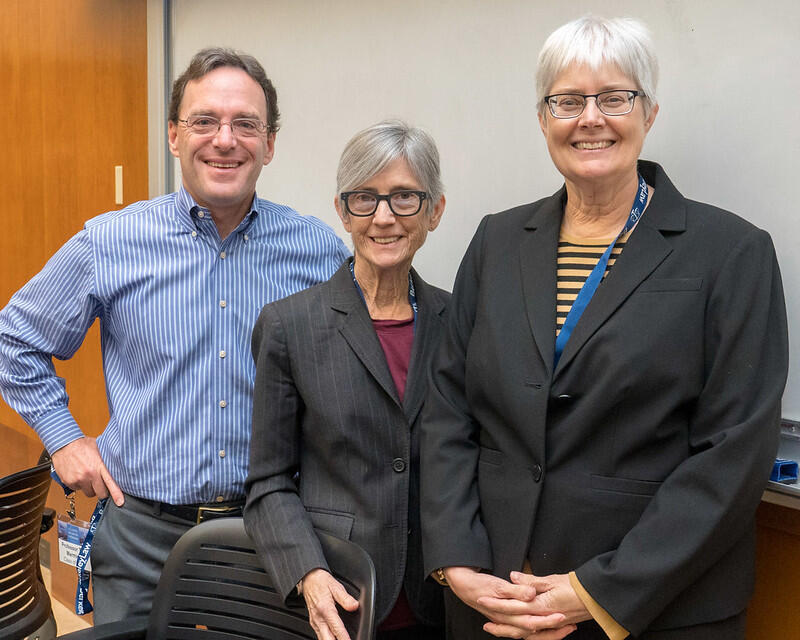 Three years ago, Berkeley Law reached a critical milestone when it hired its first tenure-track professor in the fields of Consumer Law and Economic Justice. And what a professor! Abbye Atkinson teaches first-year Contracts; a seminar on Debt, Discrimination, and Inequality; and soon Berkeley’s first-ever course in Consumer Bankruptcy Law. Her research focuses on the law of debtors and creditors as it affects economically disenfranchised communities. Her most recent article, in the Stanford Law Review, trenchantly questions the remarkably prevalent notion that access to credit is and should be part of the social safety net. Abbye has offered her invaluable support to the Center since its founding – on top of her innumerable other responsibilities and despite the crowd of students that seems to surround her wherever she goes. We are beyond lucky to be able to count her as a central part of our faculty team. 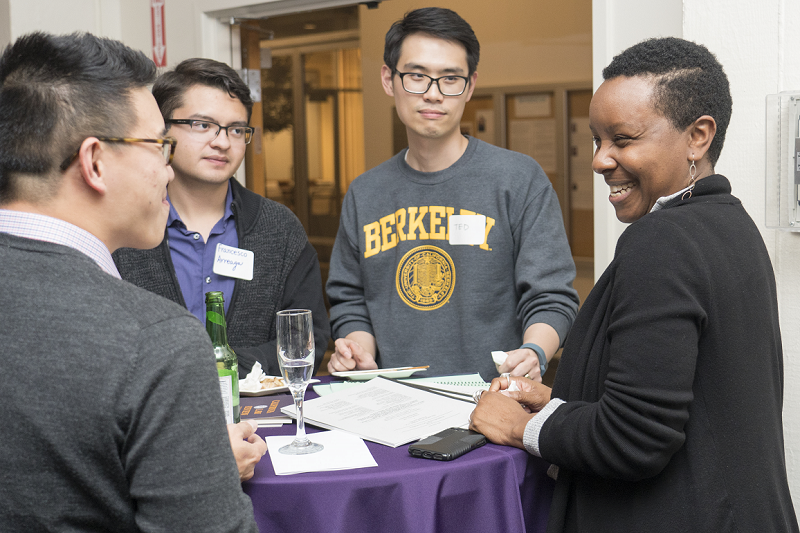 In September, the Center co-sponsored with the Federal Trade Commission a remarkable convening in San Francisco of more than a hundred of California’s finest and most committed advocates for the rights of consumers, including attorneys and advocates from legal aid, government agencies at all levels, law schools, and nonprofit organizations. The Common Ground Conference, also sponsored by AARP and the Better Business Bureau, brought together dozens of the state’s leaders in the field – and underscored the collaboration and trust that have been built among these varied groups over the years. This longstanding partnership between legal services providers like the East Bay Community Law Center and­ government agencies like the FTC and the California Attorney General’s office will celebrate its Tenth Anniversary in the spring. And the new Consumer Law Stakeholders meetings in Los Angeles and San Diego have carried the tradition around the state, with plans to start one in Fresno this coming year. (Next up: Stakeholders meetings in … other states?)

In conjunction with CAPS, the redoubtable student Consumer Advocacy and Protection Society, the Center has hosted a series of riveting speakers this fall.

Teel Lidow, CEO of Radvocate.com, visited the law school to share his company’s mission to help people navigate binding arbitration. Teel remarked after the talk that he expected to be asked about the technology the company uses, and the venture capital it has managed to secure, but instead was peppered with questions about . . . consumer protection. Imagine that.

Matt Beltramo of the Alameda County District Attorney’s Office regaled a lunchtime crowd with tales from the DA’s Consumer and Environmental Protection Unit, spanning his earliest years as Deputy DA to the unit’s recent expansion. In conversation with Center stalwart and Berkeley Law lecturer Kristen Law Sagafi ’02, Beltramo left the audience rapt – and resolved to bring a little more justice to bear on the world.

Danica Rodarmel ‘17 of the Lawyers’ Committee for Civil Rights led a discussion on “Crimsumerism” – a term she coined to describe the compelled purchase of (often grossly overpriced) products and services by people in prison and their families. With the nation’s first consumer protection bail clinic founded, a law review article already published, and a conference on the topic (co-sponsored by the Center) next month, Danica has made her mark already. Oh, and she also ran two bills in the California legislature this past year.

Kyra Taylor ’16 of the Harvard Project on Predatory Student Lending returned to campus to lead a tour of pending cases against unscrupulous for-profit “colleges” that prey on the most vulnerable students, extract tens of thousands of dollars in student loans from the federal government for each student, then saddle those students with the debt (which generally cannot be discharged in bankruptcy). The audience was duly appalled… and inspired.

Carey Gillam, author and investigative journalist, and Pedram Esfandiary of Baum Hedlund discussed the litigation over Monsanto’s Roundup herbicide. Over 100 students attended to learn about mass litigation involving more than 18,000 plaintiffs who are suing Monsanto (now a subsidiary of Bayer) over allegations that Roundup causes non-Hodgkin lymphoma and that the company has covered up the risks.

Andrew Smith, director of the FTC’s Bureau of Consumer Protection, met with students and presented a talk on the Bureau’s enforcement activities. The talk to a packed room covered the remarkable breadth of the Bureau’s responsibilities, the challenges presented by recent court decisions, and the Commission’s priorities moving forward. It was a highly engaging visit and another chapter in what Director Smith called the FTC’s “long and fruitful relationship with Berkeley.” 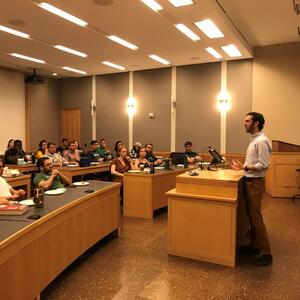 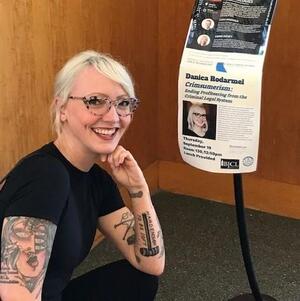 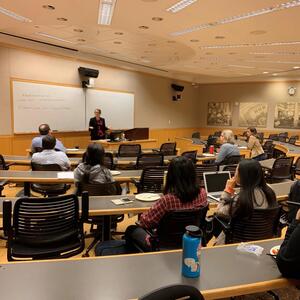 The Center will co-host, with the Lawyers’ Committee for Civil Rights (see Danica Rodarmel, above) and Justice Catalyst, a conference that convenes local and national experts to examine profiteering in the criminal system and price-gouging of low-income families for necessities like phone calls to loved ones and commissary items. Workshops will cover bail and immigration bonds, at-home detention devices, exorbitant telecom and commissary charges, and a wide variety of other abuses – as well as how consumer protection law can be deployed to help remedy the situation.